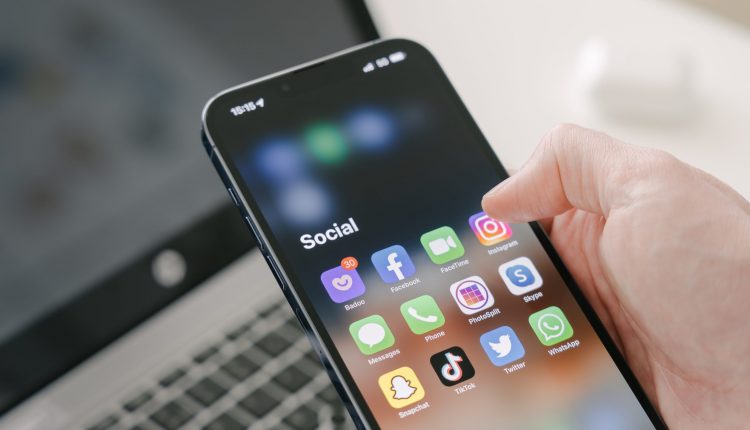 It happens all the time: Someone uploads a photo to Instagram, adds a quippy caption and a few hashtags, then waits, reloads, checks the likes, waits some more, scrolls the feed, feels depressed, eats carbs.

Some do it for a living; others do it for fun. I happen to fall into the first category. And while the Venn diagram may suggest an overlap — that there are people who do it as a job and actually enjoy it — I do not fall into that shared area.

There was a time, when I had first joined these platforms — Facebook in 2008, Twitter in 2009, Instagram in 2011 — the whole concept of social media was exciting and new. I connected with childhood friends, long-lost classmates, old professors, former co-workers.

It was a safe way to meet new people; instead of handing over my cellphone number, I could just friend them on Facebook and lurk. It was how I connected with my husband — before I talked with him about a story I was writing, I stalked his Facebook page. (This is also how I discovered he had an adorable dog and ate fried chicken and waffles.)

But quickly social media turned into a global competition over who has the most friends, whose photos garner the most likes, who’s the best mom, the best cook, the best dressed, the prettiest, the most successful, who went on the most amazing vacation, who has the greatest kitchen, the cutest baby, the smartest dog, the best life ever.

It became the ultimate hoss election, and if you didn’t make the Most Likely list in high school, good luck trying to be relevant on social media.

And it’s only gotten worse.

Since these platforms started offering ways for people to earn money — 18-year-old dancer Charli D’Amelio earned $17.5 million from TikTok in 2021 and soccer phenom Cristiano Ronaldo gets paid an average of $2.3 million per post on Instagram — there’s incentive for people to ramp up their followers.

And when there’s incentive, there are dubious methods to achieve this.

Ever heard of Jay Alvarrez?

Apparently, he was born and raised on Oahu, around 26 years old and likes to jump out of planes. Oh, and he has 7.6 million followers on Instagram. That’s not nearly as many as, say, Ronaldo, who tops the list with 462 million followers. But Alvarrez does top a certain list: He’s the celebrity with the most fake followers.

Lots of people have them.

Sometimes it’s not on purpose. Bots can latch onto your Instagram like infestations, posting random comments or asking you for DMs. (That’s Direct Message for you Facebook users reading this.) More than 2.7 million of Alvarrez’s followers, or 36%, are believed to be fakes, according to a report from international marketing agency Sortlist.

But a lot of times, these fake followers are bought. Yes, purchased. Paid for to ramp up follower numbers, which is what companies often solely look at when hiring influencers.

In short, the more followers you have — real or imagined — the more attractive you look to companies who are hiring social media users to promote their brands. This makes it harder for us, the people who are growing their followers organically, to compete without the help of third-party services that promise more followers, more likes and more engagement for a fee.

I have never used one of these services, though I do get emails from them asking if I want to subscribe. One recent pitch claimed that this service would “develop the potential” of my Instagram profile, that I would get upward of 150,000 new active followers — “not computer-generated passive followers” — for as little as $89. The email listed four of its top accounts with more than 1.6 million followers each. One of the four, though, has since been deactivated. (No surprise.)

The services offer everything from giving you new followers to posting comments, and the demand is there. I remember giving a talk at a local community college about how to grow your social media presence and I had mentioned these services, how the platforms are cracking down on fake followers, that this isn’t the best way to grow your brand online.

A woman in the audience stopped me afterward to talk about these services. She wanted to be a travel influencer, to get free trips for her family, and was curious about how she could buy more followers. I asked her if she heard what I had said about the ethical issues surrounding fake followers — that companies would be paying you for actual influence when you aren’t actually influencing anyone — and she said, emphatically, “I don’t care about that. I want more followers.”

I talked with a few social media experts and some social media-obsessed friends this week and everyone had the same feelings toward it: They love the social aspect of social media, how it connects people, how it effectively helps to grow businesses and brands, how it helps you stay relevant and informed, how it fills the gaps between face-to-face interactions with friends. As one eloquently put it: “I think the world is a better place because it creates a shared consciousness, making it a useful tool socially and educationally.”

But ask about fake followers, self-proclaimed influencers, highlight reels and Elon Musk, and the conversation quickly and often irrevocably turned.

They ranted about influencers at media events, which was one intended for working journalists. They complained about people not being authentic on social media, pretending to be experts or living perfect lives. They pointed to the dissemination of inaccurate news or the incitement of negative behavior in users (like the Jan. 6 Capitol riot) or Musk proposing lifting the Twitter ban on Donald Trump.

Social media use may be linked to negative mental health impacts among young people, and some are calling it a mental health crisis. And services like Facebook and Twitter are facing the possibility of government regulation, which may force these platforms to host content that may otherwise violate their terms of service. You know, like hateful conduct or violent threats.

So what do we do? And, maybe more importantly, why are we still on social media?

Because we love it. And sometimes we love what we really should hate.

Hacker claims to have obtained data on 1 billion Chinese citizens