Pankaj Mishra: Development of optical fiber; a golden chance, but complex and expensive 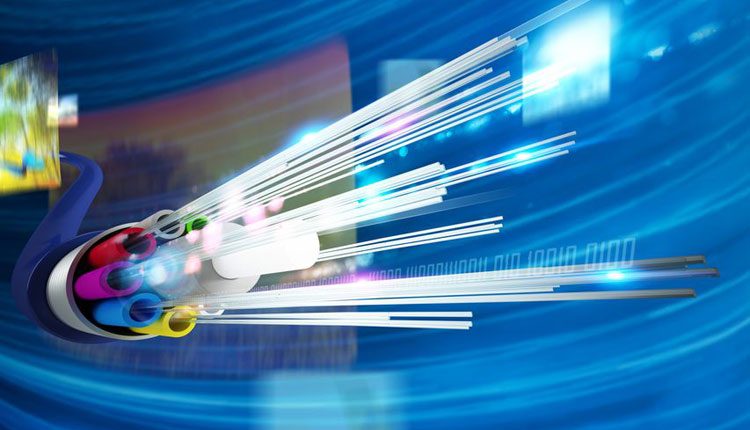 Asreertebat – Pankaj Mishra is a professional with more than 22 years of Industry experience in Telecommunications and IT.He holds degrees Masters in Communications Management from University of Strathclyde, United Kingdom and Bachelor of Engineering in Electronics and telecommunications from NIT Silchar, India.

Pankaj has hand on experience in the design and implementation of ATM system, Metro Area NW (CWDM) and National Long distance network (DWDM). Pankaj is currently a Consultant in the areas of Contract Management, Information Security Policy (ISO 27001), IT Service Management, Governance (IT and Business) and Process Simplification, Asset Management. He is working as consultant with Technavious a new age Fibre Design As A Service company located in Mumbai, India. His interest are AI, OFC NW, FDaaS, Analytics, Information Security and Asset Management.

First in your opinion, what is the effect of Optical Fibre on improving the quality of the Internet and communication network, and do you have statistics in this regard in the world?

As per ITU, at the end of 2019, about 49 per centof the world’s population, or 3.7 billion people, were not online and deprived of the benefits of digital economy. The digital divide between developed and developing countries is staggering. In developed countries 87% of population was online in the years 2019, compared to only 44% of population that used internet in the developing nations. In least developed countries, only 19 per cent of individuals were onlinein 2019. Lack of infrastructure, affordability, skills and ability are the prominent reasons for such a situation.

Internet access is a function of the backbone (internet backbone) and the last mile. The internet net backbone is mostly made of fibre optic cables. These consist of terrestrial OFC network and undersea submarine cables. The last mile connectivity is combination of wireless, copper, coaxial cable and fibre. The quality of internet access depends on this last mile as the backbone is same for everyone. With rise of mobile broadband the fixed broadband access through copper had reduced significantly. However mobile broadbandin spite of tremendous progress is not as scalable as an OFC network. The mobile broadband as a mean of internet access and data consumption has improved by leaps and bound. Progression from 2G to 4G and now 5G has enabled high speed internet access. While the last mile has seen substitution of fixed by wireless, the backhaul, the backbone, the intercounty connectivity has moved to optical fibre. The Data Centres (DCs), CDNs, OTT servers etc, which provide the connectivity and content on internet rely on OFC network. OFC network is used to connect with other DCs (intracity, intercity, intercontinental), international Exchanges (International PoP), Cloud Exchanges (and Hyperscalers) and OTT servers beyond the national boundaries. The content is moving to edge or closer to the users due to the aforementioned connectivity. As per Fortune Business Insights the Global Fibre Optics Market grew in size from $1.53 Bn in the year 2016 to $4.48 Bn in the year 2019. The market is forecasted to grow to $9.73 billion by the year 2027. Similar report from Precedence Research estimates the global fibre optic market to grow to $11.1Bn by the year 2020.

The tremendous growth in the OFC market is fuelled by the demand of high speed, reliable and scalable communication infrastructure. The OFC network are faster, more reliable and highly scalable compared to copper or even wireless networks. Traffic of all form like voice, data, images and video can be send over long distances with ease using OFC network. Unlike a wireless network which suffers from variable signal strength, shadow areas, low signal areas and limited bandwidth, OFC network do not have any of these issues. The Optical Fibre Communication has improved tremendously over the last few years to become the choice for a high speed and scalable communications infrastructure. The single-channeldata rate of OFCs increased by over 100 times between 1989 and 2019. The data rate increased 2.5 Gb/s to 400 Gb/s during this time. The number of channels per fibre also increased with advent of wavelength-division-multiplexing (WDM). Advances in amplification with Erbium-doped fibre amplifiers (EDFAs) and Raman amplifiers, has improved the optical amplification process. With multiple channel transmission, the overall capacity of single-fibre transmissionhas increased from 2.5 Gb/s in 1989 to 32 Tb/s in 2019. Such improvement in capacity of over 10,000 times is seen only in OFC and in no other transmission technology. On the other hand the peak 4G (LTE) speed is only 1Gbps and peak 5G speed is expected to be 20Gps. OFC network scored far better in terms of speed and quality compared to a wireless network.

The above evolution has boosted the demand for OFC and fuelled the demand in requirement of Fibre to the Home (FTTH), Fibre to the Premise (FTTP), Fibre to the Cabinet (FTTC), and Fibre to the Building (FTTB) deployments. As per Research and Markets the global Fibre-to-the-Home/Building (FTTH/B) marked was estimated at $14.1 Billion in the year 2020. The market is expected to grow to $29.7 Billion by 2026 at a CAGR of 13.1%. These dynamics reflect the increasing adoption of OFC network in accessing internet and data services by the users across the globe.

What are the challenges of using this technology in countries?
Fibre optic deployments are dependent on the geography, the terrain, the population spread and the associated cost. In the cases where there are where vast geographical distances, inhospitable terrain, or dispersed population (e.g. island communities) thefibre deployments become a challenge. If the population is widely spread then there are issues of low return on investment in network deployment. This essentially limits OFC deployment in urban and sub-urban areas. Access to OFC network remains an issue. As per ITU, in 2019 only 2 billion around the world were within ten km of current fibre-optic cable networks. Even if individuals are within 10KM of OFC network, there may be no PoP, terminals or drops available to them for lining their residence of office. There were only 15 fibre broadband subscription per 1000 inhabitants across the world in the year 2020 (ITU).

In addition to access, affordability and skills are other limiting factors in using OFC technology. This issue is more prominent in developing countries than developed countries. In the year 2019, in more than 108 countries worldwide a fibber broadband subscription price was more than 2% of Gross National Income of that country. Usage of OFC technology is expected to be low at such high prices.

The installation of OFC network is an specialised work and costly. Use of specialised machines, ducts, drilling machines etc. make the process expensive and labour intensive. At the same time specialised skills is needed to ensure the process is followed as per the OFC network design. Lack of skilled labour may make the OFC laying process prone to signal loss, attenuation, loose couplings, signal loss and so on. This will translate to poor quality of the network and may even render the OFC network redundant. In addition, post deployment maintenance is also cumbersome due to the way the OFC route is laid. Detection of fault, fixing the faults real time

The regulatory and business environment also plays a role in update and use of any technology. In the case of OFC deployments a number of civic bodies and the associated approvals come into pay. Getting a RoW (right off way) for digging OFC routes are one of the most time consuming and bureaucratic process. Recurring OFC faults due to poor quality of OFC layout process limits the usability of OFCs. From a technical standpoint design of a Fibreoptic network also plays a key role in ensuring usability of the network. If OFC routes are not designed properly, they may become fault prone (e.g. frequent cuts), induce latency (if the distances are not proper), induce jitters and so on. Moreover OFC networks are usually laid along with other civic infrastructure like roads, sever, water pipelines etc. If there are no proper databases and coordination between the civic bodies they may dig up the roads and in turn damage the OFC network.

What is the development strategy? – What measures and facilities have developed countries taken for the providers of this sector?

Due to the exceptional promise of high speed, scalable and resilient broadband access, OFC networks have caught the attention of operators as well as governments. Due to the cost of deployment, various Government have initiated programs for universalbroadband access though government schemes. To address the market efficiency and expansion gaps, policy and regulatory requirements in terms of roll out obligations have been seen. To address the gap in economic feasibility, subsidy schemes and government projects have been initiated globally.

For instance in the USA, the Biden administration floated a $100 billion spending plan to reach 90 percent of households with fibre internet by 2025. An amount of $94 billion was proposed in the Accessible, Affordable Internet for All Act. Earlier the Broadband Technology Opportunity Program (BTOP), invested $4 billion in the development of middle-mile fibre networks to connect local ISPs to the major networks in USA. The USA also promulgated creation of the Rural Digital Opportunity Fund to bridge the digital divide.

In the UK, the Government has targeted to create a nationwide gigabit broadband by 2030. The UK Government has pledged £5 billion to deliver gigabit-broadbandto properties not reached by the commercial market (around 20% of the UK).

There are other measures like “Risk-reducing public-private partnerships”, “Blended finance
investment structures” , “Pooling commercialcapital for project finance”, “Tax incentives
for last-mile serviceproviders”, and Ease right-of-way approvals that have been adopted.

Piyush Nagar: Governments should have the infrastructure to supervise neobanks