Asreertebat – Pascal Abu El-Ezz, Crypto consultant and trader for 7 years and head of crypto operations at Tradersclub24 in germany, believes many nations, like China, Russia, Brazil, and Thailand, have outlawed cryptocurrencies and classified them as an illegal technique of conducting transactions. A few tax bodies, enforcement organizations, and business regulators have also questioned whether cryptocurrencies are lawful and technology makesmanythings possible and statesorgovernmentscantry to prevent it, but prohibiting it doesn’t work as you can see.

We had an interview with him about the future of cryptocurrency.

-How do you see the prospect of crypto currencies in thefield of investment?

As institutionalmoneyjoinsthemarket, severaleconomicanalystsforecast a significanttransformation in the cryptocurrency industry. There is also a chance that cryptocurrencies will be listed on the Nasdaq, which would lend blockchain and its potential applicationsas a substitute for traditional currencies even more credibility. Some claim that a confirmed exchange traded fundis all that cryptocurrency needs (ETF). There is little doubt that an ETF would make it simpler for people to invest in Cryptocurrency, but there still needs to be a demand for cryptocurrency investments, which may not be produced automatically by a fund.

Every thing points to one major tendency. Previously exclusively known by a small group of anti-establishment investors, cryptocurrency is now swiftly gaining popularity. By 2030, analysts predict that the market for cryptocurrencies will have more than tripled, reaching a valueofclose to $5 billion. Investors, companies, and brands can’t ignore the growing popularity of cryptocurrencies for verylong, whether they want to or not.

-How can cryptocurrencies affect the economies of countries?

Cryptocurrenciesare disruptive economicinventions that have the power to completely alter the way banks and otherfinancial institutions work as well as the way the economy as a whole is organized. The most well-known cryptocurrencyis Bitcoin, which enables two parties to conduct digital transactions directly with one another. Digital blocks that function as ledgers are used to store every transaction, and a new block is created each time one is full. A blockchain is made up of a linear chronological order of these blocks that are all connected to one another by hashtags. As a result, every transaction is digitally documented to maintain the highest level of security. Despite the fact that the transactions are recorded, the identities of the persons involved in the trade are not made public. Only after it is turned into cash is the money able to be monitored. This open method of transaction management has raised the prospect of a major global financial revolution. Governments and banking organizations are apprehensive of cryptocurrencies because their economic power is on the line.Technology makes many things possible and states or governments can try to prevent it, but prohibiting it doesn’t work as you can see..

-Why do you think the variety of cryptocurrencies is so great?

On coinmarketcap, there are 19583 coins listed. That exceeds all of the other kinds of fiat

money in existence. Why are there so many of them, is a common query. There was only Bitcoin nine years ago. Nowadays, there is a cryptocurrency in almost every area of the economy, which is a great thing. Because they harness blockchain technology to change fields as diverse as banking, health, energy, data storage, privacy and security, machine learning, payments, social networks, supply and logistics, and content ownership. There are also those that provide a utility purpose. These coins work together to form an infrastructure. They permit the development of more cryptocurrencies on top of their networks. The best illustration is Ethereum, which has enabled the development of several token currency on its network thanks to its Ethereum Virtual Machine. Platform or app currencies, as they are known, are also another main category of cryptocurrency that there are. Having them in the system is of great importance and use. In my opinion, cryptocurrencies from our new digital age will not go to waste, the sooner you deal with them, the sooner you can benefit from them.

According to a new analysis from Chainalysis, a blockchain analytics platform, illegal activities like cybercrime, money laundering, and terrorist financing accounted for just 0.15 percent of all cryptocurrency transactions in 2021. This refutes detractors who claim that cryptocurrencies are mostly used by criminals and shows how popular cryptocurrencies are becoming among the general public.

According to the research, crypto crime has reached an all-time high in terms of volume. The increase rate of legal activity just outperformed the growth rate of illegal activity.

In 2021, cryptocurrency use surged. The amount of transactions tripled from $2.4 trillion in 2020 to $15.8 trillion. Decentralized finance, which refers to all banking-like activity that takes place on the blockchain without a bank, including money lending, is one factor in the expansion.

It can be understood that new information may cause the data to alter. In 2020, it estimated that 0.34 percent of all cryptocurrency transactions in 2020 were illegal, but it later raised that estimate upward to 0.62 percent.

In conclusion, despite the increase in the use of cryptocurrency for illegal activities and purposes, it can not edge out the legal activities that are being run with it.. 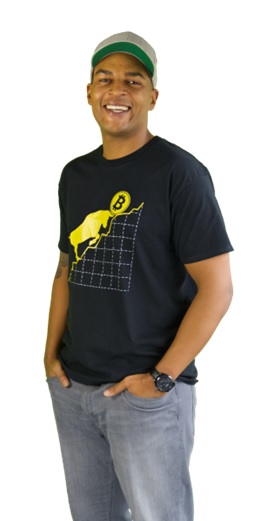 After a stunning debut in 2009, Cryptocurrency has gone through tremendous ups and downs to acquire recognition in numerous nations all over the world. There is no doubt that cryptocurrencies have opened up the methods of lucrative investment chances for traders and investors but many nations, like China, Russia, Brazil, and Thailand, have outlawed cryptocurrencies and classified them as an illegal technique of conducting transactions. A few tax bodies, enforcement organizations, and business regulators have also questioned whether cryptocurrencies are lawful.

Due to the fact that Cryptocurrency is a decentralized digital money and has no physical counterpart, it is not recognized in many countries throughout the world. And the decentralized and volatile character of this money, despite its rising popularity, it is still impossible to win the faith of many governments. The nations that forbid the use of Bitcoin prefer to use their own banking and financial systems for international trade. Governments also wish to maintain a regulatory eye on trades and transactions made from a single account. For instance, the Bank of Thailand advised many institutions not to use any cryptocurrency in a financial statement it released. To lessen money laundering and support for terrorists, the Thai government took this action.

There is no denying that Bitcoin and other cryptocurrencies have had an impact on and impressed the global business sector, but there are also some drawbacks. Governmental authorities are concerned about the lack of trust and openness surrounding cryptocurrencies. To stop funding for terrorism and money laundering, Russia has likewise outlawed the usage of this digital currency within its borders.

Additionally, the usage of cryptocurrencies has been significantly constrained by the worry about crimes and scams involving digital payments.

Buy and HODL is the most typical way for micro-investors using cryptocurrency to make profit. The majority of investors buy cryptocurrencies like Bitcoin, Litecoin, Ethereum, Ripple, and others and wait for their values to increase. They sell at a profit once their market prices increase. Finding more stable and volatile assets that can quickly change in value and produce consistent returns is necessary for this investing strategy. Assets like Bitcoin and Ethereum have a history of maintaining consistent price variations; as a result, they can be viewed as secure investments in this sense. However, you are free to exchange any asset you believe will increase in value; all you have to do is research every asset you buy before deciding to hold onto it.

Additionally, investing in pricey assets is not necessary in order to benefit. Consider having a mix of all coins that have a promising future value and are not just well-liked in the exchanges. There are thousands of small altcoins that have reasonable price changes.

No, the governments can not ban cryptocurrencies, but they can regulate them. The only way to “shut down” cryptocurrency is to cut off the Internet.

Crypto is run by software that continuously runs in worldwide networks across thousands of redundant “nodes,” or “nodes,” and Crypto resides in cloud storage. These initiatives typically lack a leadership structure or centralized node that might be contacted to impose any kind of “ban” because they are decentralized. It would be equally absurd for a government to attempt to outlaw sunrises.

In my opinion, to some extent, thegovernmentshouldrefrain from interfering with thecryptocurrencyindustry. The legal systemalreadyoffers protections in casesofundueenrichment and theft, and the fiat financial systemsretainrecordsfortaxpurposes. Furthermore, the governmental ready employs techniques to spotillicit activity involving cryptocurrencies and any other commodities usedas trade value. Like butterknives, cryptocurrencies don’t require any more regulation. Regulation of one instrument only promotes the use of another because the tools are never the issue.

Pankaj Mishra: Development of optical fiber; a golden chance, but complex and…